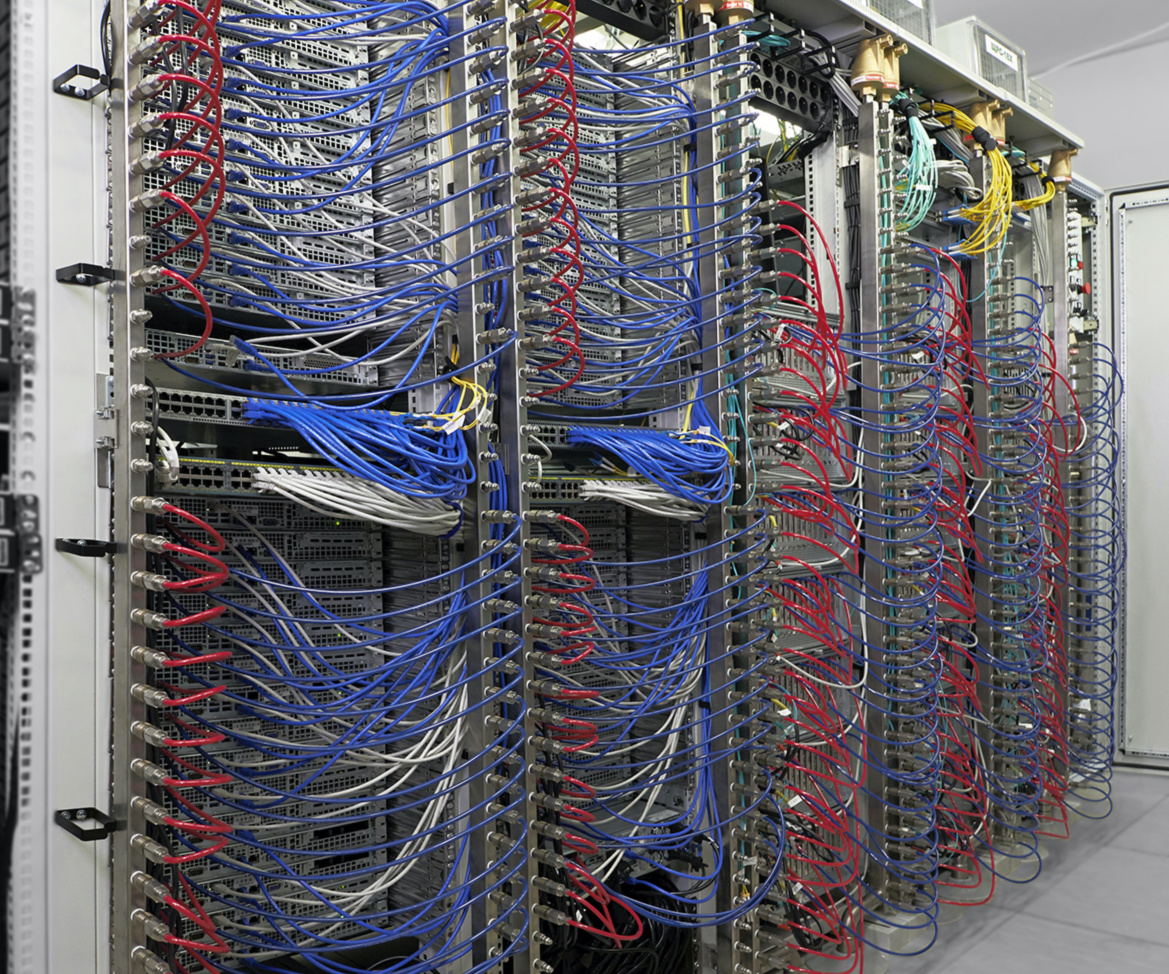 Modernization of the cooling system in the VK data center based on the solutions of the RSK group allowed to optimize capital costs for cooling and increase hardware productivity. As a result of the project, the data center cooling system consumes no more than 10% of the peak resource consumption of all equipment.

RSC group have completed the implementation of the RSC Cooling liquid system in the VK data center in Moscow, thanks to which the rack power has increased from 5 to 30 kW.

The RSK group has implemented a liquid cooling system based on components of its own design, such as pumping units, a liquid distribution system in the rack, water blocks, etc. The uniqueness of the system developed by RSK lies in the fact that this is the only solution combining external pumps and internal circuits in one unit with an energy efficient control system. The cooling system consumes energy in proportion to the number of installed servers and the actual heat load.

The technologies developed by the RSK group of companies made it possible to make the transition to liquid cooling without stopping the data center.

As the operation of the system has shown, even if the cost of implementing liquid cooling is higher than air cooling, in general, capital costs (CAPEX) for the entire data center can be significantly reduced. As for operating costs, the savings on them on the horizon of 3 years make it possible to fully recoup the costs of creating a liquid cooling system. In addition, the higher density of equipment in racks allows you to optimize the use of space in the data center. At the same time, the reduction in specific peak power consumption makes it possible to reduce the cost of purchasing guaranteed capacities, uninterruptible power supplies and generators.

According to Stanislav Zakirov, VK Infrastructure Development Director, as a result of the project implementation, “we managed to achieve significant savings in both capital and operating costs. Today, VK is moving from optimizing a single server to optimizing the entire data center. One effective way to reduce operating costs is to use a liquid cooling system for the hottest server components - the processor and graphics accelerators. As part of the project, more than 300 processors and accelerators have been transferred to liquid cooling.”

Alexey Shmelev, Executive Director of the RSK Group of Companies, noted: “The introduction of a liquid cooling system in the VK data center has shown that this approach is effective in terms of key parameters. Especially taking into account the emergence of new generation processors, which place increased demands on the processor cooling system. Already today, the first results of the project implementation confirm that the economic feasibility of switching to liquid cooling only increases as it is scaled up.”